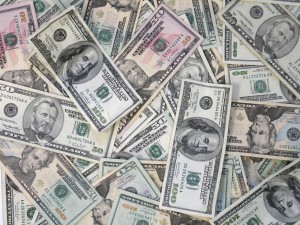 Rules of thumb can be dangerous — because of the inherent broad generalizations. But they can also be quite useful, especially if they highlight something that may be unpleasant to hear, but shouldn’t be ignored.

Vendors sometimes inadvertently highlight this hidden cost. Recently, I witnessed the regional sales director of a large infrastructure vendor tell a potential customer that for every Euro spent on his company, 7.5 Euros went into the local economy. It was meant as a nationalistic appeal — but it sort of backfired when the customer inquired whether this meant they were going to spend 7.5 times the license cost on additional integration services. (The reply took about five minutes but boiled down to “yes.”) This was a pretty savvy customer, and they had actually calculated that the average cost of most of their enterprise IT projects was 7.4 times the initial offering; to them, this episode was just an indirect affirmation.

However, like all generalizations, this 7-8x multiple is not some unalterable law of the Medes and Persians. Among other things, it can depend on what exactly you count as implementation cost, and what you count as licensing cost. For instance, internal resources are usually not billed to a project budget; and likewise, annual maintenance and support often don’t hit the project sheet beyond the first year (though they should). And, of course, open source isn’t free — don’t even think that 7.5-times-zero means the whole project will be gratis. And for a more comprehensive paper on how to calculate cost, you may want to check my colleague Apoorv’s recent advisory for CMS projects.

But if you’re budgeting your project, or a vendor calculates ROI for you, use this as a yardstick. You may be getting a bargain — but remember that if it looks too good to be true, it probably is.