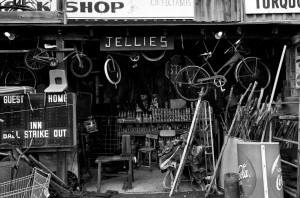 What, your system vendor doesn’t have an app store yet? Apple has popularized the concept, and most phone platforms now have something similar: Google’s Android Market and Nokia’s Ovi Store come to mind. So now everyone has to have one, not just devices, but enterprise software as well.

For instance, my colleague Apoorv Durga blogged about mashup vendor JackBe’s app store a few months ago: “interesting but not new“. But it’s part of a bigger trend: by next year, nearly every product we cover, from Search to ECM, will have its own app store. I hear a new one being announced almost every month.

As Apoorv noted, the concept of a digital catalog of add-ons isn’t novel, but the hype around it certainy is.  Alas, the sexy term “app store” doesn’t remove the traditional burden to carefully assess the performance, stability, accessibility, security, upgradability, and play-nicely-with-others attributes of any 3rd-party modules you incorporate into your system.

Things will get particularly confusing if you have multiple systems and services. For instance, Google has the Google Apps Marketplace. It contains anything from add-ons to single-sign-on cloud services, and even professional services. (Really, even consultancy is an app now?) Presumably, all of these would be excellent upgrades to your Google Apps environment. Perhaps you’ll find Google Apps a bit limited for collaboration. So why not get Jive from Google’s App Marketplace?

Even better, Jive has also announced its own App Store. It’s not available yet (it’s coming in version 5, slated for early next year), but over 50 third-party developers have already signed up to provide apps.

And what better way to use these than through an iPhone? Thankfully, that, too, is provided for: just get Jive’s iPhone application. Of course, you’ll have to go to Apple’s App Store for that.

A cynic would say I’ve intentionally tried to confuse you. Just in order to sell you more of our research, by telling you it would clear up this confusion. Of course, I’d never stoop to that level. (Though let’s be clear on this, our research would certainly clear up the confusion.) In reality, what I’m looking forward to is a larger cloud service to house all of these app stores. Maybe we could call it the Sky Mall…