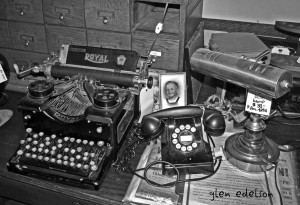 It’s “Creating Headlines 101” — if you want to make an impact, you say “X is dead,” or at least ask rhetorically, “is Y an X killer?” This comes from a longstanding tradition. Most recently, Wired Magazine managed to reach the zenith with the article “The Web is Dead. Long Live the Internet.” Even though that’s been discussed to death on the web (dead itself), allow me to spoof their title one last time. Just to make an entirely different point: whereas the mobile web is alive and kicking — it’s becoming nearly impossible to create mobile apps.

The thing is, the rumor of the web’s demise has been greatly exaggerated. Rather, what we’re seeing here is warped statistics. As the old adage has it: “Lies, Damn Lies, and Statistics.” Or another favorite: “Statistics are what a lamp post is to a drunk: mostly for support, rarely for enlightenment.”

Wired’s article is a case in point. It opens with a large colorful graph, showing how web traffic is decreasing in importance. Of course, the graph is relative. That is to say, if the total volume of internet traffic has increased, it’s likely that web traffic has increased a lot over the past few years, as well. It’s just that web traffic hasn’t increased as much as say, video. But video files are a lot larger than webpages: a small amount of video downloads creates a disproportionate amount of traffic, which distorts the view even more. Last but not least, let’s not forget that the source is Cisco; and of course, with all this video traffic, you’d really need Cisco routers to cope, right?

Instead, Wired draws the conclusion that what’s really happening is that traffic is shifting from the web, to mobile apps. That, too, is the apotheosis of a buzz building the past few years. Because the general consensus is that mobile now equals iPhone or Android apps. It’s the applification of the mobile internet.

Enter more statistics. A study released by the Dutch Ministry of Economic Affairs last year clearly showed that most of the mobile internet usage was through Apple iPhones. (Also, there were 20 million mobile phones in use in The Netherlands — on a population of about 16.5m.) Or look at the world map of mobile marketshare. Clearly, IOS reigns supreme almost everywhere in the world. So if you want to go mobile, you’d better build an iPhone app, right?

Then again, maybe not, because if you look at a more recent graph, perhaps the picture is slightly more nuanced. There’s plenty of Opera (which runs on many different platforms), Nokias, and Blackberries; plus, Android is moving up. And to add even more nuance: all three of those — that last graph, the government report, and the world map are using the same source of data. Yet, they don’t quite match up? And about that source — it’s StatCounter, which provides free visit counters for websites. What they don’t provide, however, is a breakdown of who actually uses their free counters.

So let’s turn to one last stat: as TechCrunch’s headline put it, “Android Share Jumps To 25.5 Percent, Now Second Most Popular OS Worldwide.” Apple is steady at around 16-17%, Blackberry dropped from 20% to 15%, and the biggest looser of all is Symbian, steadily declining from 45% to 36%. So at least, if you hedge your bets with Android, iPhone, and Blackberry apps, you’ll be safe; everybody understands by now Symbian is loosing the battle. Except, you see, it’s not: in absolute figures, Symbian went from 18m handsets sold to 29m! The big winner is the smartphone — the big looser is the non-web-enabled “dumb” phone, not a specific smartphone OS.

So look away for a minute from the Androids and iPhones you and everyone around you are using 24/7, and all the cool kids on the Sillicon Valley blogs are talking about. This is not a time for early-adopter egocentrism. You can’t really rely on statistics to guide your mobile strategy, either. It’s very hard to quantify even current usage and to find numbers you could trust. But more importantly, mobile devices are a very volatile market. Even if you’d have the money to waste on building four different apps for the most important platforms, you may be hopelessly behind in a year’s time. If the new Windows Phone 7 or MeeGo make a surge, what will you do? Ask for the budget to create even more apps? And if existing platforms start coming out in new form factors, will you update each one to make use of tablet resolutions? Do you really want to tie your mobile presence to something this fickle? (Unless, of course, it’s actually an application, and not just a nice wrapper for your content.)

If you really want to be on the forefront of the mobile revolution — and by now it should be evident that’s where we’re heading — invest in a flexible delivery platform. That platform is the mobile web — not apps. And the mobile web is delivered by a capable Web CMS. Start planning for publishing to a whole lot more than just one-size-fits-all, be it a large or a small screen. Take a look at what features you’d need. Because, well, you read it here first: the Mobile Web is an App killer… And for most purposes, Apps are dead already.

One thought on “Mobile Apps are Dead. Long Live the Mobile Web”