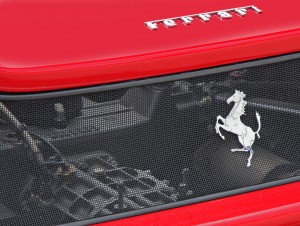 I tend use cars as a metaphor to describe the differences among software products. Even in internal discussions among our team of analysts. Which is how this came up last week: I described a particular system as a Toyota compared to another vendor’s Ferrari, “never mind the fact that Ferraris are expensive and hard to keep running, they’re still in a different league.” To which one of my colleagues said, “Yes, but you’d still buy one.”

Which is definitely true. But first, I’d have to be able to afford a Ferrari; and not just the purchase, but also the maintenance. I’d also want to have learned to drive it to its full potential before even thinking of getting one. And preferably, I would be able to do some work on it myself, so I wouldn’t have to send it off for days on end to get it fixed.

In fact, those are the reasons I drive a Mazda Miata, and not a Ferrari. I don’t really care what the Miata’s reputation is; I got it because it’s affordable, and it’s great fun to drive. And if I do ever get that F355 I’m eying, at least I’ll have had plenty of practice in a rear-wheel drive manual transmission. I wouldn’t let the expensive car spin out of control the first day got it.

Which, in fact, is a lot like the enterprise software we evaluate. So ask yourself: do you really want a Ferrari?