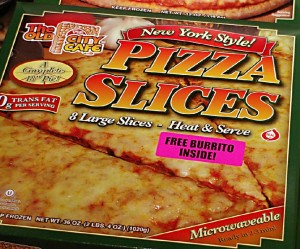 Google has announced its new Search Appliance, version 5.2. As usual, this has been marked by a slew of presentations — and of course, a video on YouTube. Probably the main upgrade: a 10 million document limit on one server.

The box, dressed in imperial yellow — or somewhat more irreverently: the pizza quattro formaggi — of course goes with the times. Faster (probably multi-core) processors allow for the higher document count. That’s not so much Google’s achievement, though you shouldn’t forget that this is one enterprise search solution that actually comes with the hardware to run on, and the company makes sure it can handle its workload. But what else is new?

Well, according to the presentations and press release, you now get Kerberos, personalization, alerts, and better stats. Kerberos (no, not that Kerberos, but the security protocol) provides “single authentication for Sharepoint, file shares and non-Windows-based content systems, in addition to Windows-based systems”. The personalization features mainly seem to be a form of collection-based biasing (i.e., for certain collections you can boost specific results; and it’s now possible to do this based on metadata, too). The alerts are supposedly much like the regular Google Alerts we’ve come to love and hate. And as readers of the Enterprise Search Report will know, the GSA’s statistics certainly had room for improvement.

I’ll remain skeptical of these features until I’ve actually seen them, however. And none of the GSA integrators I talked to seemed to have hands-on experience with them as of yet. It took the previous GSA 5 release several months to be revealed as a bit of a disappointment: first meeting with enthusiasm, but slowly becoming a bit of a let-down. We’ll have to wait and see what is actually delivered — and how.

With the GSA, you get a whole lot out of the box. In this case, quite literally: many things touted as features actually rely on you installing them on external servers. That’s not necessarily a bad thing, if you’re aware of it before you commit (and Google’s aggressive marketing doesn’t really help a fair comparison). Helpful colleagues frequently remind that I should think outside the box; however, I tend to believe only what I can see with my own eyes, and I would advise you to do the same.