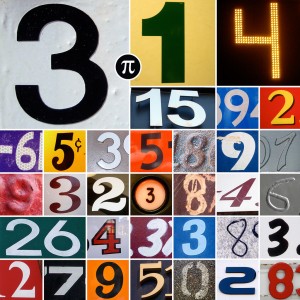 Spring is here, and, as in Autumn, this means new products released and new version numbers. But how major or minor will the releases really be? Can you tell from the versioning alone?

Perhaps Microsoft is the most famous example of moving away from actual versioning for marketing purposes. After Windows 3.11, we got Windows 95, Windows 2000, then suddenly trademarked lettering in ME and XP, then Vista, and now we’re back to Windows 7. The concurrently running naming schemes of other releases doesn’t help finding out which is supposed to go with which, either: can SharePoint 2007 run on Windows Server 2003 or 2008? And will we get SharePoint 14 together with Office 14? Will that, in turn, cause FAST ESP to jump from 5.3 to 14, as well?

I was reminded of this by a tweet from @cmswire: “Does anyone else find a ‘Completely refactored core’ a bit strange for the point release of a CMS?” — which referred to the 1.5 version of Digitalus CMS. Well, actually, no, that’s not really strange: a .5 is often used when a significant component of software is updated, but not all of it, say, 50% (in a CMS, either only the core, or the interface, for example). So they were just being honest.

You would expect a significant increment in version to reflect an equally significant overhaul in the software.But of course, version numbers have often more to do with marketing than anything else. The practice is widespread, and just as an example (not to pick on any particular vendors), Magnolia‘s version 4 mostly consists of the added “Standard Templating Kit” (which their PR people picked up and ran with as “Supersonic Templating!”). Tridion is apparently debating whether their next release (expected for late May) should be called boring old 5.4 or brand new SDL Tridion 2009. (Maybe they should take Microsoft’s example and preemptively move to version 2010 already — though that’s more of a car industry habit than a software ploy. Disclosure: CMS Watch does it too…).

Inflation in versioning has, in fact, become so common now that I have to explicitly tell people that Hippo CMS 7 is actually a completely different system than version 6. There’s a lot more to that update than justnew headlights and grille.

You may not need to wait for that next big release before implementing the software; and equally, you may find that minor upgrade to be a major hassle. At any rate, plus ça change, plus c’est la même chose. Remember the semantic web? It was the big promise for the future, in oh, say, y2k. Now it’s touted as Web 3.0. Apparently it’s fine to overtake on the right (note that, outside of the UK and the US, this is not considered best practice).

So don’t get hung up on version numbers. It’s not a metric — it’s just a tag.