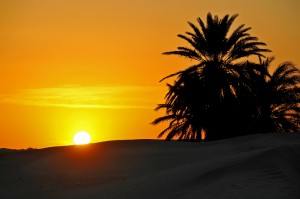 It’s been two years now since I graduated from being “regular visitor” to “permanent resident” in the Middle East. In the digital space, it’s an area of huge potential, and that’s of course what attracted me in the first place. It’s tempting to say the region is a few years behind the state-of-the-art in the U.S. and E.U., but that’s an oversimplification. In many ways, it’s just….different.

First of all, it’s hard to generalize. There may be close to 300 million Arabic speakers, but it’s hardly a coherent “region.” The dialects are distinct to the point of being mutually unintelligible. The Magreb in North-Africa is not at all like the Gulf states, and both are very different from the Levant. What even constitutes the “Arabic world” or the “Middle East” is unclear. Should I include Farsi? Or Berber? Or anything outside of the Gulf? Combined with the cultural differences within the countries themselves, it’s a colorful patchwork. And my point of view is from Dubai, which is a bit like describing the U.S. from living in New York. Still, while it may take me decades to understand all nuances, I think I can make some broad observations.

One of the most interesting things — and what brought me here — is that there’s still a lot of growth left. When I first came over, several years back, about 30% of the Arab world was online. According to the World Bank, that’s now between 40% and 60%, depending on the country (with the small Gulf states like Qatar and the Emirates as outliers at 85% and up). The population of the Middle East is growing, and there’s a lot of young people. In short, the online audience is shooting up — and mostly on mobile first, leapfrogging the whole traditional “desktop” Internet. Tablets and cellphones aren’t so much the second screen; they really are the first screen.

Bringing the same content to web as to mobile is a challenge anywhere, but the technology — and perhaps more crucially, the understanding of content management principles — is lagging here. On the development side of things, .NET is the framework of choice; Microsoft has always been generous with academic licenses, and higher education (much of it in Jordan, which is well-known for its good technical schools) is geared towards business applications. Most PHP projects get outsourced to India, and it can be hard to obtain solid Python or Java skills.

Again, these are broad generalizations (e.g., there are great technical schools in many other Arab countries, too), but also some underlying truths.  For example, to my surprise, a large part of the Arabic web runs on SharePoint — in the Gulf, it’s even more popular than WordPress. And that’s unfortunate, because neither SharePoint nor WordPress would be my first choice when it comes to the ambitious projects some companies here are trying to pull off.

As always, there’s a huge gap between business and development — but the idea of content management as a practice hasn’t really sunk in yet. As someone from the region rather cynically told me when I asked what the most well-known systems in the Middle-East are, “We buy whatever the salesman in the fancy suit tells us to buy.” Or as a British expat summarized it, “Everybody here wants a magical system, made out of gold.” The key phrase is doing things “to the highest international standards,” but there’s far too little understanding of what that would mean beyond quadrants and buzzwords.

But here, too, what’s interesting is the potential for growth. I surprise myself by being more optimistic about it than most Arabs and expats. It may be hard to catch up with two decades of content management experience. It may mean reading a lot, and having to travel to Europe or the U.S. to find out how others have tackled similar problems. It also means not blindly accepting the Western wisdom, but being savvy about what that means within the context of a very different online culture. But for those willing to put in the effort to learn, and then address a local audience clamoring for quality, there’s a huge market to tap into.

Combined with a nascent start-up culture, this means that the region’s digital landscape will be interesting to watch over the next few years. And I’m definitely going to stick around for a bit to see where it goes.