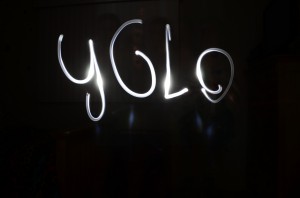 I’m getting a bit tired of generalisations about generations. Categorisations like Baby Boomers, Generation X, Y, Z, and Millennials have a habit of turning into useless simplifications. Especially if it’s then implied that this means we’re now going to need some sort of YOLO for enterprise apps.

A couple of months back I was in a panel discussion on Social Enterprise at the Middle East CIO Summit. One of Google’s VPs told us about “disruption” and “social” and “collaboration” and how we should all be terrified, because if we don’t get with the times, our companies face certain death. A member of the audience dutifully added, “Yes, and we’re also getting al these Millennials in the office, and they’re using Facebook, and Twitter and so on, and then they have to work with these archaic enterprise applications, and they won’t accept it! Because they’ll think, why does it have to be this hard?” In other words, “us older people” don’t get any of this stuff, but this new generation consists of “digital natives”, that were born, raised, and fed on digital.

Anyway, sometimes I take one of those quizes. Like this one; How Millennial Are You? I scored 97, out of a possible 100. So I feel totally justified speaking for this generation. Or at least, about this generation.

Admittedly, the usability of the average system leaves a lot to be desired. (I’ve spoken and written about that extensively in the past, myself.) But does that really mean we should apply some sort of “You Only Live Once” mentality to interfaces? Should all of it be as easy to use as Facebook, or look like Candy Crush, and should the mouse be replaced by Nintendo controllers?

Maybe we should take it a little bit farther than that, and have the workplace completely revolve around what “kids these days” might be used to. Get rid of desks and meeting rooms: Millennials are used to comfortably reclining on their couch, with a bag of Cheetos and a Mountain Dew within reach. Actually, now that I think about it, it must be ridiculous to work on a tiny 22″ screen if you’ve always played on a flatpanel of at least 46″. And those job targets? Well, they could really use some gamification; say, a badge for every five tasks you complete via Whatsapp.

Now, the following may make me sound a little more stuffy than the outcome of my Millennial test would suggest. But let’s face it, isn’t work just… work? Of course, preferably in a pleasant atmosphere. Of course, with more attention to the usability of that CMS, CRM, ERP, or other three letter abomination of an interface. But can we please stop crying that it’s too hard to use? At the end of the day, you’re being paid to use it. So don’t project your frustrations on “those Millennials”. If you really can’t accept it, come up with suggestions and start improving it instead of wasting time. I have little patience for an endless rehash of vague annoyances. These applications are for work, not for fun. Deal with it.

This post was originally published in Dutch at 42bis.nl.