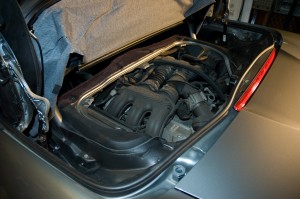 In a clip on YouTube, an interviewer asks passersby in Times Square what a browser is. The surprising result: many think it’s a search engine.

Of course, the video has been produced by the Google Creative Lab so you could expect it to promote search engines. However, students in Rotterdam repeated the question — and got people answering mostly the same things.

I tend to think a search engine is one of those somewhat hidden components, like the starter engine of a car. Everybody will “search” all the time, but not too many people know there’s such a thing as a “search engine” behind it. Explaining the technicalities of what it takes to run it won’t particularly help, either, though nobody is happy when it doesn’t work well.

So if the experiment proves anything it’s that the men and women in the street really don’t know what’s going on behind the scenes. Paradoxically, that’s a sign of progress: they don’t have to know in order to be able to use it, much the same way as you don’t have to be a mechanic to drive a car anymore.

So before you head off on a big search, portal, collaboration, digital asset management, or content management project, invest the time to find out what’s what and whether it’s actually what’s needed. After all, you may have been asked for a search engine — when what’s really needed is just a browser. And likewise, you may have been tasked with setting up SharePoint — when what you really need is just the search engine.

Your users won’t be able to tell the difference, and they likely won’t care. But you, working from the back-end that generates this stuff, can’t afford that ignorance.