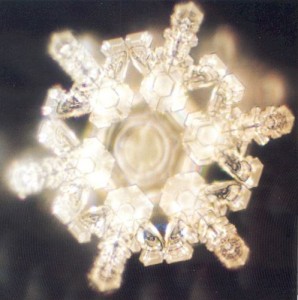 It’s surprising to see how many major WCM implementations still suffer serious cross-browser compatibility problems. Or completely ignore accessibility standards. I like to browse the web with a multitude of browsers and devices – basically, whatever I have at hand or feel like. I don’t particularly enjoy being dictated to run Internet Explorer on a Windows PC because some company decided that’s what the majority of users will use. It annoys me – and I’m not even visually impaired.

I’m not saying we should all adhere to XHTML strict with a 100% score on the validators – if you’re using a CMS it can be quite hard to get to that 100% score. No, it’s more what I heard the webmaster of an investment company say last year: “We don’t invest in accessibility. We know our customers. None of them is blind”. Well, I’m not quite sure the Blind Billionaire is going to agree.

Presenting users of alternative browsers (notably FireFox, Safari and Opera) with a downgraded or outright dysfunctional website, completely ignoring web standards and sensible HTML/CSS division, and not paying attention to accessibility will get you into trouble more than just with code geeks like me. Just look at the figures: even though the BeNeLux is trailing the list of FireFox users (with Belgium at 21%, Luxembourg at 20,3% and The Netherlands a European low of 14,6%), it’s roughly 15 – 20% of visitors to your site. 7% of males is colour-blind. About 4% of the population is visually impaired, and 0,1% is blind.

Those percentages range from large to smaller to something you might even consider insignificant. But if you look at the number of visitors to your site – lets pretend it’s an insignificant 1000 a month – you’re still talking about 146 to 210 FireFox users, 70 men who’ll have a hard time using your fancy nuanced colour scheme, 40 people having a hard time with the small fixed-size font and one person who has to get by with having text read out and Braille. And that’s the numbers for a reasonably successful blog – if you’re content manager of a large company, please multiply by at least another thousand, and you’ll understand ignoring this is about the same as installing ceilings at 1.80 meters in your store (that’s 6ft, if you’re not metrically inclined).

That’s where we get back to web standards compliance. I discussed this with Raph de Rooij – if you attended the CM Pros Benelux round-up of Gilbane DC, you’ll know what I’m talking about and should already be nodding with approval – and I think there’s a major starting point for this we both agreed on: if you begin with good, clean, standards compliant HTML, and separate the design out to CSS, getting cross-browser compatibility and accessibility to an acceptable level isn’t all that tough. You’ll be rewarded by customers over 6ft tall, using Blackberries, Palms and mobile phones, friendly visits by Google and the Zen-like happiness of a job well-done.

So what if your integrator tells you it can’t be done with your specifications? Well, tell him it’s 2007 and this stuff should hardly be rocket science for someone doing it professionally. What if you want to do really fancy Flashy AJAXy Web 2.0 stuff, and he tells you, sure, a regular website, no problem, but THAT can’t be done? Well, yes it can, and it’s slightly more difficult, but still not like sending someone to the moon. What if he tells you that he can do it, but it’ll cost you – and really, most people… Well, if you can’t afford to do it right, maybe you should downgrade your ambitions to something that people will actually be able to use. Those 6ft ceilings can be a real bummer for tall people.